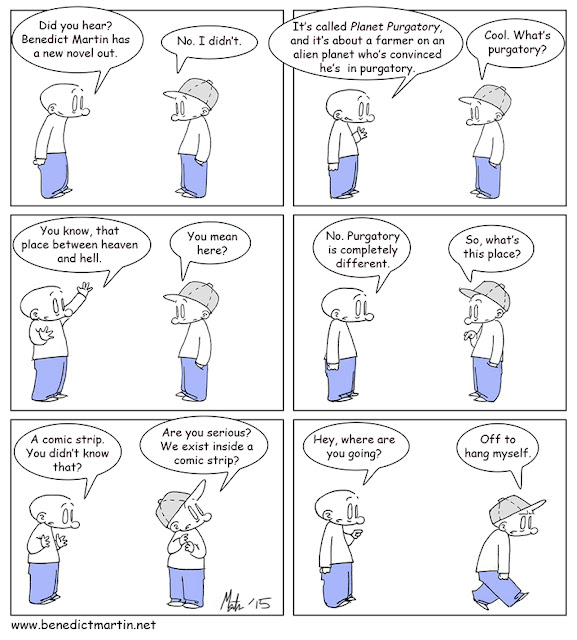 Posted by Ben Martin at 2:15 PM No comments: 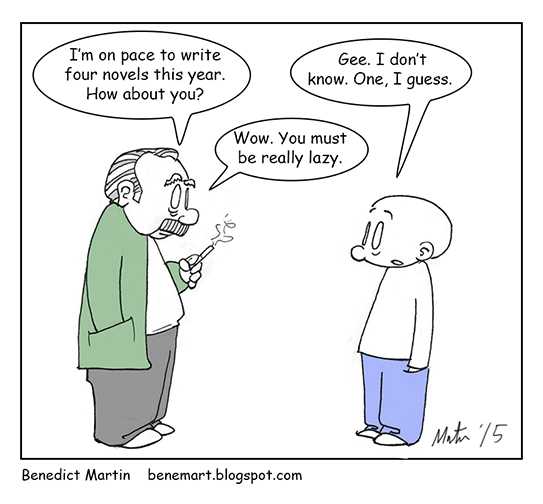 This cartoon was inspired by a thread I was following in a writer's group on Facebook. Apparently if you follow this one dude's method of writing, you should be able to crank out several books a year. His secret? Discipline. And anyone not putting out at least two books a year is lazy.

Of course that's all bullshit. Everyone works at a different pace. Personally, I can't write every day. Not because I'm lazy, it's just that I'd end up getting too far ahead of my ideas. Stories need time to percolate and thicken into something real. Otherwise you're just making things up as you go along, and you can't build anything of value that way.

I always wonder what makes people decide to stand up and tell people, 'THIS IS HOW YOU SHOULD DO THINGS'. I find it everywhere, but it seems especially prevalent in the world of online publishing. It's one thing to be asked, 'How did you do it?'  But to stand on a table and announce, 'This is how I do it, and you should too,' that's a whole 'nother level of arrogance.

I would like to finish things here by stating I still don't know what the hell I'm doing as far as being an indie writer goes. I'm a little more savvy than I was, say, four months ago, but I still haven't earned enough to buy a bag of chips.
Posted by Ben Martin at 8:18 PM 2 comments:

It's All a Matter of Perspective 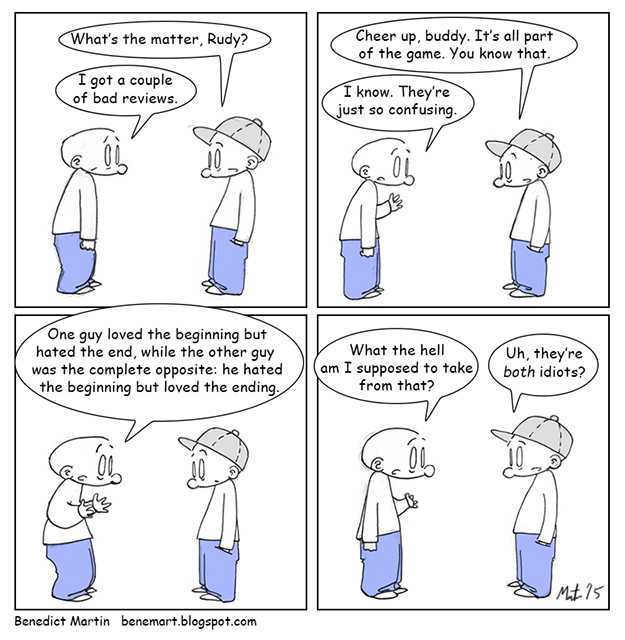 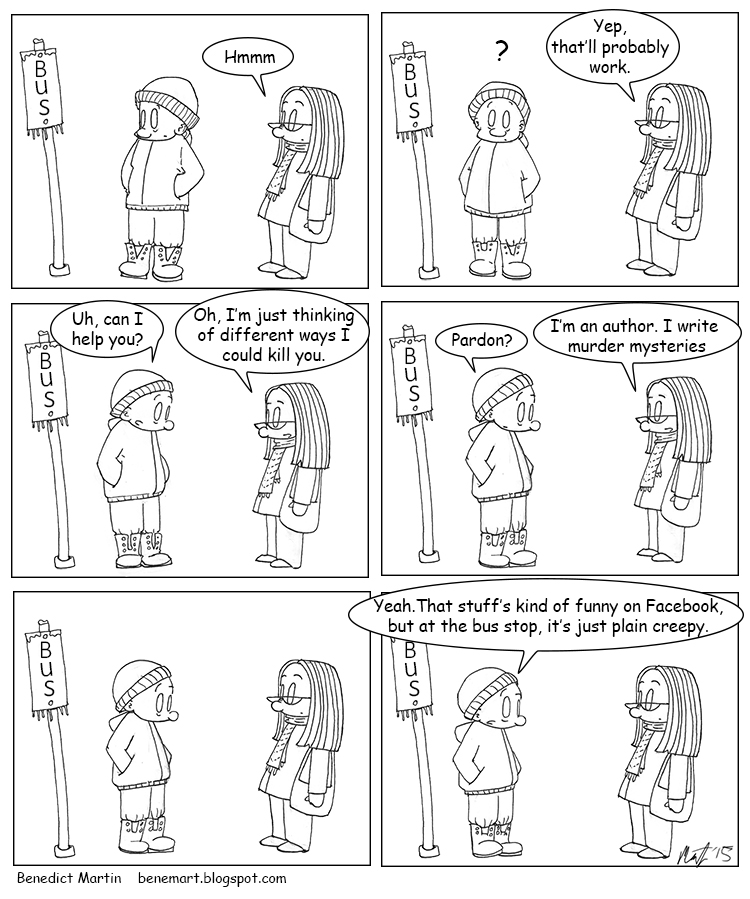 Posted by Ben Martin at 7:33 PM No comments:

Muses as Rats. Or Rats as Muses? 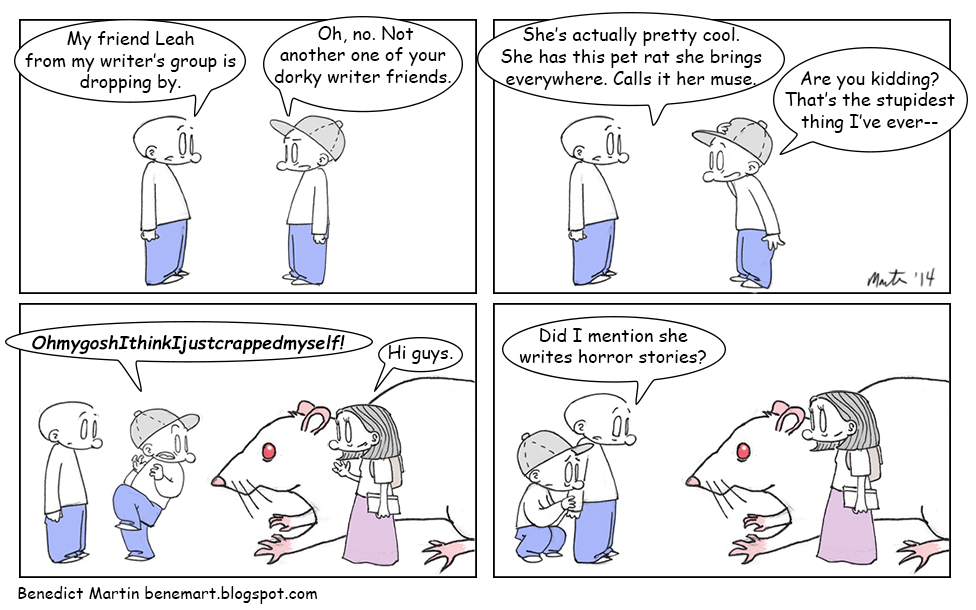 I like rats. Never used to. Where I used to lived in BC, we used to have a problem with rats getting into the garage. I never figured out how they did it. I blocked every hole, every crack I could find, yet as soon as the temperature dropped, there they were, shredding my recyclables.

I'd never see them, of course. The little bastards were masters at remaining hidden, the only clues being their little jellybean shits and mysterious piles of confetti.

I hated them. I'd lay out rat poison, gleefully rubbing my hand together at the thought of their little rodent bodies desiccating from the inside out. Mummified rat carcasses. Oh, how I loved it when I found those things.

But then my daughters discovered hamsters. The people at the pet stores kept saying if you want a nice little pet, get a rat. They're robust, intelligent, and they like to play no matter if it's night or day. Naturally we ignored them. (What the hell do they know? They work in a pet store.)

Hamsters, it turns out, are boring. They're also grumpy and dumb. I don't know how many times I've seen my daughters hamsters walk off the side of the bed because they didn't have enough sense to stop.

As time passed, I became intrigued at the idea of having a rat as a pet. I didn't tell anyone; I was the one who daydreamed about smashing them with a shovel, after all. But I slowly warmed to them, going out of my way to observe them in their little cages at the pet store. The little fellas played together, unlike hamsters who have to be kept apart lest they bite each other's faces.

Finally I decided I'd get one. Or should I say three. (my daughters had to have one, too. Parents will understand) So now I have three pet rats hanging out with me in the office. They're affectionate little guys. They love attention, and amazingly enough, don't pee on you when you're handling them. And they adore each other. They have a little hammock hanging from the top of their cage, and all three sleep in it...together. You wouldn't think there was enough room, but somehow they make it work. Darn rodents.

The only thing I'm not keen on is their tails. But I am getting used to them. Slowly.
Posted by Ben Martin at 12:19 PM 1 comment:

Posted by Ben Martin at 3:23 PM No comments: 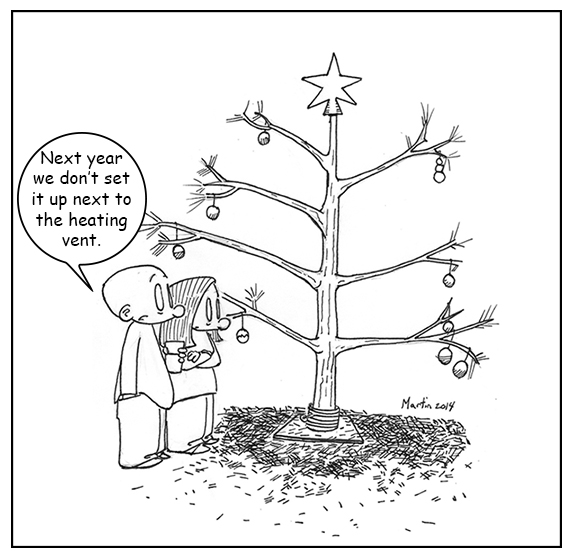 Posted by Ben Martin at 3:00 PM No comments: 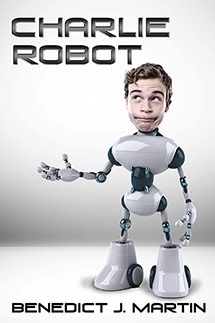 Check Out My Novel

The future is here, and he's short and balding. Get Charlie Robot today. Or tomorrow if you live in Australia. Available on Amazon.

Ben Martin
I'm an author. No, really. My novels are called 'Finding Demons' and 'Charlie Robot'. I also believe I'm the reincarnation of Harry Houdini, but I don't really like talking about that.